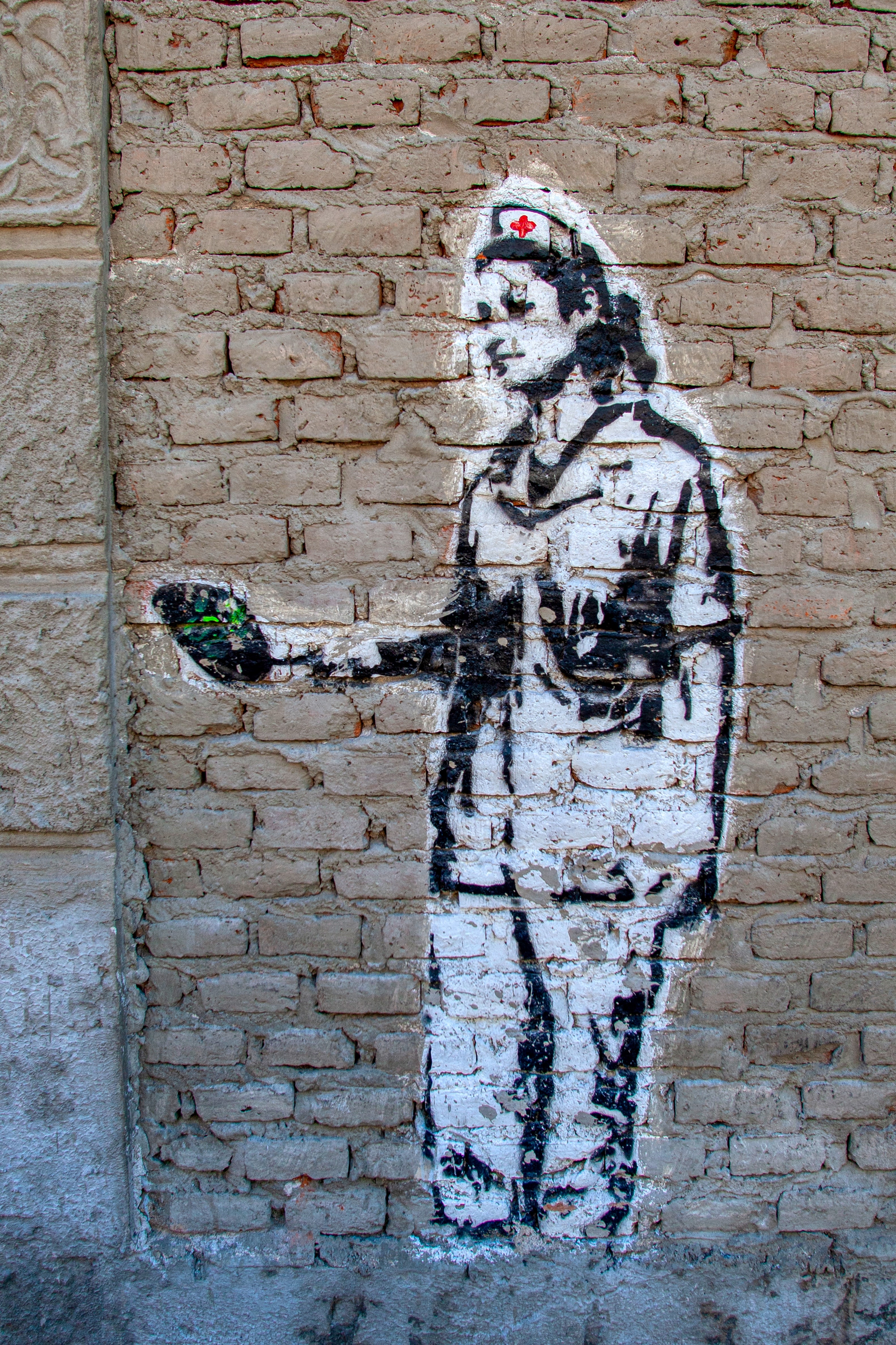 I like being with other people, even if I’m not actually with someone. I like to watch people. In a way, it makes me feel like I’m part of their lives. It’s probably a stupid feeling, but it makes me feel important. I am desperate to feel that way sometimes.

Yesterday Jules told me to stop dating that married doctor, but I hadn’t known he was married. It would make sense why he bothered paying for all those hotel rooms, and never took me home with him, and never stayed the night.

He didn’t believe me when I told him that I liked sleeping in my car, curled up on my side with a blanket and the seat all the way back like someone was holding me cradled against their chest. He said he wanted me to have a place to go because he felt bad for me sleeping in my car. Once booking my hotel, he always offered to stay with me. Just for a little while. All the signs were obvious, but the aching in my leaden bones was able to drown out all the whispers in my head.

Brenda said I should keep dating him and tell him to pay off my student loans.

I tried to call my mom. Twice. Her and my dad are traveling up north in their motorhome after losing their house in the protests. She says they don’t have service very often. It makes sense, and I know she’ll call me back sometime this week.

I’ve never much liked working twelve-hour shifts. I like it even less now that I have to spend my time bathing people, mopping up accidents, and arguing with addicts about their pain med schedule. I’m just thankful they hired Cathy as my CNA. Without her, I could never survive having twelve patients. That’s double our limit, but the union disbanded. There’s no one checking to make sure they give us masks daily, or to make sure we’re not short-staffed.

Jules is too scared to explain she has shingles because of what happened to Sarah. Sarah was pregnant and refused to work with patients who had the virus, so they let her go. It was in the name of protecting her health, and they even wrote up a report saying the hospital didn’t need her despite the incoming hordes of patients.

I close my eyes, and the music washes over me. I don’t know what song this is, and I don’t care. Megan, Jules, and Brenda brought me here. They want to buy me drinks, but I don’t drink. They want me to dance, but I don’t dance. I just want to sit amidst the movement, and watch people, and live out a tiny piece of their lives as the lights flash, and pictures are taken, and videos are made.

My friends are okay with that because I’m their safe ride home.

I scroll through my phone, so the man three seats down who keeps glancing at me will think I’m busy and won’t try to talk to me.

A text comes through from my sister. I had tried to call her five minutes earlier when I was sure the man would slide into the stool next to mine. Instead of returning my call, she texted, Why did you call? I stare at the words lit up on my screen until the notification disappears.

Yesterday morning I asked the doctor if he was married, and he acted a bit strange. Said he was in the middle of a divorce.

I went to the bathroom and vomited, then I blocked his number.

Lunch today had a little buffet because Stanley brought sandwiches, Brenda brought cheese and crackers, Jules brought potato salad, and I brought baked beans. All store bought. We sat spaced out across the nurse’s station. It’s outlawed, especially thanks to the virus, but management wasn’t around.

We piled the food on paper plates and ate in silence for the first ten minutes before Jeremy told a story of how the old man thought he could bandage one of the patients himself. He used a handful of cotton balls with not even enough wrap to go around the patient’s stomach. Jeremy said it looked like a murder scene with blood squirting out every time the patient moved. We all laughed and shared stories of having the old man‘s patients and how he was so nice but really needed to retire because his practices were as outdated as the days of Regan’s presidency. Megan showed up late with cupcakes for dessert.

The musician sounds like he has a trace of an accent. I examine his shadowed appearance and try to decide where he’s from and how old he must be.

Megan is attempting to dance with a dark-haired man. I overhear her giggling over how she hates orthopedics, or orthos as we call them, because they don’t know about anything other than cutting open a knee and tying some ligaments back together. She’s probably had too much to drink because she only talks about work, and a lot of times, it’s enough to make even the most desperate guys squeamish.

After I blocked the doctor, he showed up that night, tapping on my passenger window. I should’ve parked somewhere else, and I knew that before I pulled in to the parking spot. He said that even if I hated him, he still felt too bad to let me sleep in my car because I am very special to him. In his hand was a bag with sub sandwiches. Dinner. He rode with me to the hotel, and I knew where it was going before he invited himself inside to use the bathroom. Curled up against the cold leather of my suburban doesn’t compare to someone who can hold you close and whisper lies that you are desperate to hear.

Part of me felt sick, but I brushed it off as having donated plasma that morning. That $50 goes a long way for groceries.

I will probably stay at Jules’s house tonight. It is the quietest since her divorce, and she has that spare room from where her kids are grown and gone. They all take turns dragging me over to their houses, but I really don’t think the parking garage is that dangerous. I park next to the wall and out of the light where no one can see me huddled under my blanket.

My old landlady’s name was Jessie. I had just finished working four days in a row, and was a bit delirious when she tried to talk to me about raised rent prices. Sometimes, there’s a buzzing in my brain that dulls everything I hear and mixes up everything I try to say. It’s the same buzz I hear when patients or their families scream at me, and I can’t explain that I have eleven other patients, the doctors won’t answer the phone, and my CNA is hiding in the bathroom with a migraine. So, I just smile, and nod, and process their words as best I can. I do the same with Jessie and never burden her with the knowledge that the new prices mean choosing between my apartment and making my student loan payments.

Most of my things went in storage. I only need two more months before I can request lower monthly payments. If they don’t raise taxes, I can afford to move back. In the meantime, the hospital has showers, a relatively safe parking garage, several friends with spare couches, and an adulterous doctor.

The head ortho at our hospital is named Wilkins. Today I shadowed him to take orders. He was training a new doctor who actually had the guts to interrupt him mid-sentence, asking if he should help me first. There was probably a lot that I needed to do. The nurses seemed short-staffed. I probably needed to check on a patient or something. Anything other than follow them around.

Wilkins laughed. He explained to the new doctor that this was my job. You see, nurses are like dornicks, little rocks used to prop doors open that you never notice or appreciate until there isn’t one around. That’s why he always likes to keep nurses around.

The new doctor stared at him, stunned. Wilkins glanced at me, as if waiting for me to agree, then explained how when one nurse isn’t around, another can jump in and take over. Like little worker ants that just keep going, and going, and always find a way. So, I didn’t have anywhere that I absolutely had to be.

I said nothing and walked away.

The guitar solo washes over the crowd, and everyone sways in the same direction. Brenda grabs my arm and pulls me up, just as the man several seats down stands. He stares after us. We go to the mostly empty floor, and I empty my mind to join her in this awkward, embarrassing dance that makes us both laugh until tears blur my vision. Jules and Megan join us. I have to work tomorrow, but tonight, I don’t have to be a dornick, or a worker ant, or a mistress. I’m not even desperate to feel important.

Photo by Mick Haupt
Story inspired by my sister, an RN, and her coworkers and friends.