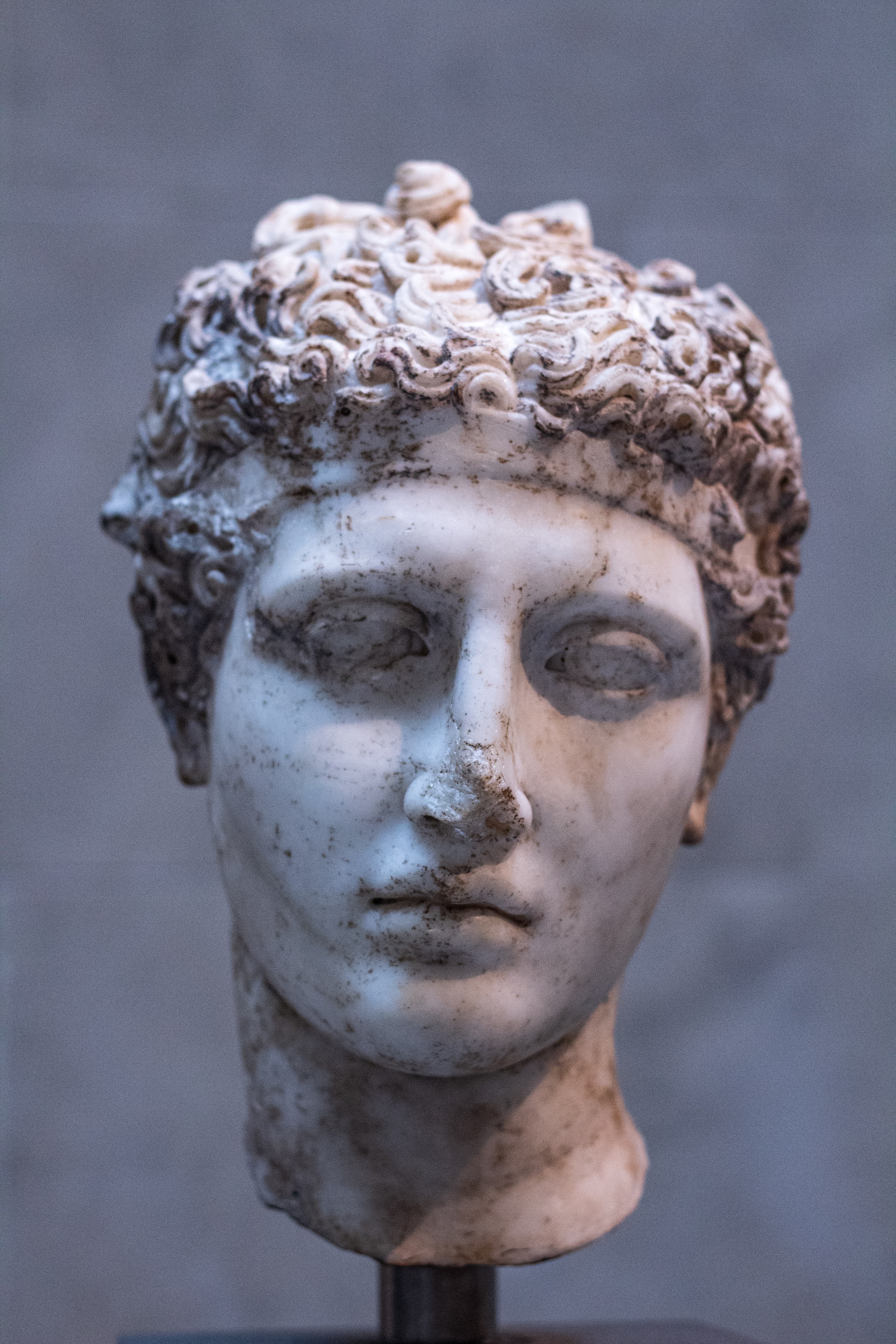 This is not a story
of anguish and woe,
of a girl lamb and a lion boy.

This is the story of the night,
the swollen moon
holding its breath, watching us.

He is a lion,
with battle scars on his cheeks,
rippling across his body.

But, his round eyes,
the color of a bloated moon
shrink him down to a porcelain doll.

I told him I loved him.
Love, he repeated.
Love? he asked.

His body is rigid.
An icy coating of terror,
but it melts under my touch.

But I am a lion
with sharp teeth and razor claws.
My hands and mouth drip with blood.

No, I say,
because he is a butterfly’s wing,
a snowflake pressed up against my bedroom window.

And you are beautiful, he argues,
with your snow white wool
and emerald sea eyes.

I laugh,
and he laughs,
and he grows smaller and smaller under my gaze.

His hair is damp as morning dew.
His mouth tastes of grassy earth.
He is beautiful.

I love you, I say again.
He says nothing,
but opens wide his chest.

He hands me his heart.
It is porcelain,
white as the shell of an egg.

Before he leaves,
I put his heart in a cage
and tie it round my neck.

The moon exhales
at last,
laughing at my cleverness.

I can feel Ashton’s eyes watching me, even with my face turned to the TV. The Office is on. He slowly gets up and walks toward the kitchen. I try not to watch him. He returns with oatmeal cookie flavored ice cream, and he walks right up to me, right to the edge of my side of the couch before asking, “Want any?”

I feel like saying, No I don’t want any of that healthy crap you keep around here, especially not that garbage tasting ice cream. Instead, I say, “No.”

He moves to the chair closest to me, the one facing the TV, and he just stares with the little pint of ice cream folded in his arms. He doesn’t even have a spoon!

I realize that I’m staring, but he doesn’t seem to notice. Or care. So, I don’t care.

His face has an empty expression. Illegible. Protected. Or maybe that’s just my angle.

My shoulders naturally start to curve around themselves. They do that when the feeling creeps up inside me like a snake. I look back at the TV and try to focus on what Jim and Dwight are saying, but I can’t.

I remember the time when Ashton first taught me to take a decent picture by myself.

“That’s one of the things that drew me to you,” he’d said smiling. “Your terrible selfies.”

We were at the beach, and the sun was setting. Ashton wanted to be a photographer, but it was too big of a risk so he majors in accounting. He just takes pictures on the side.

After I attempted suicide, he stopped going to classes.

“You want to capture all the light that you can,” he’d said, coming up behind me and holding my hands as I tried to aim the camera on my phone. While I was playing in the water, he looked through the pictures and then started taking more.

“Mine weren’t very good, were they!” I’d shouted over the waves. He had smiled and taken a picture of me.

I don’t know where the depression came from. It didn’t hit me like a wave. Not at first. It crept up on me slowly, like how the setting sun carries off light until even the twilight fades. I don’t remember if I ever actually felt sad. It was more like emptiness. A hollow feeling. I would spend a long time, maybe hours, staring in the mirror at myself, trying to see something, but all I could see were features. Blue eyes. A nose. Brown hair. And I lost track of time.

Any time I did feel emotion, I still don’t think it was sadness. It was more like anger. Once, I sat down and tried to figure out who I was angry at. My mom? Ashton? God? And then I realized that I wasn’t angry at anyone else. I was angry at myself.

But why? What had I done?

So, I would stare at myself, trying to find the dark lurking secret.

People picked up on this, and I tried to get away. I tried to tell them that I was fine, and when they didn’t believe me, I became angry. If there was something so evidently wrong with me, why wouldn’t they go away? So I tried to push them away. I tried small, angry remarks that grew in time to screaming sobs.

I remember Ashton’s stare when the sobs were choking my throat. Finally, he’d said, “You’ve changed.”

I think I may have thrown up after that.

They stared, and the pain was so evident on their faces because they didn’t know how to help me, and I hated myself even more for hurting them. I pushed them away because I just want to protect them from my drowning emptiness.

But, when they did finally give me what I wanted, to leave me alone after all of my fits and torments towards them, I would feel the sting in the back of my stomach like a knife carefully and precisely prodding itself against my insides. And I would lose the ability to breathe. No more tears. No more words. Just pain.

But for all the pain I’ve caused, I certainly deserved it.

Sometimes, there is this voice at the back of my mind faintly gasping and pleading, but I can’t understand what it’s saying. I don’t even know what it wants.

I close my eyes because Ashton is looking at me again, and my cheeks are wet.

When I first got out of the hospital, Ashton was there. He followed me home. He followed me back to my apartment. He was angry. He yelled. He became sad. He wept. He tried to be happy, made jokes, smiled, and told me that he loved me. And finally, he began staring at me, stupidly, silently, the same way he’s been staring at me since. I keep waiting for him to leave. I hope that he does while still wishing he won’t.

What does he see in me anymore? What did he ever see? Haven’t I hurt him enough already?

My first night back at my apartment, I told Ashton to go home. He didn’t. I found him sleeping on my couch the next morning.

When I open my eyes, Ashton looks me over from head to toe like he used to. I wait for the pain and pity to color his face a paler shade, but it doesn’t.

“No,” I whimper, like I’m a little child who is desperate and has just been denied the only thing she ever wanted.

I wait for him to throw the ice cream aside and rush to me, grabbing my hands with tears in his eyes and begin pleading with me like he did last week. And the week before.

I can’t save you, you understand? I would if I could, but I can’t. If you can’t pull yourself out of this, you need to get therapy. I’ll take you. Okay? Please, darling. I will be right here. Start praying. Ask God for help. I certainly do. Start reading again. Read Job or Psalms or A Midsummer’s Night’s Dream. Eat some chocolate. Start a journal. But, you have to want to save yourself. You understand?

Instead, he looks back towards the TV, eyes glazed.

“I’ve already told you what you have to do to fix this.”

I get up and squeeze myself next to him on the little chair. I’m shaking and doing my best to keep my face from contorting into that hideous expression I make when I cry.

He doesn’t look at me, but he puts his arm around me.

Darkness covers the ground like the setting sun. I close my eyes, and the breaths come a bit easier. Slower. I feel myself slipping, falling. But as I gradually let go, I begin to float.

The black is thick, overshadowing me like a curtain, like a veil of night softly falling over my face. It feels sweet. Soothing.

The pain and aches dissipate into the void of darkness. I feel myself following. Only a hand, a finger, hold me here. A voice. Pleading and angry. I don’t recognize it. I can’t understand what it says, yet it holds me here. Why? Why would it hold me here? Here with the pain.

Hands pull on me and whisper soothing lulls and sweet nothings. Their touch feels like salve to my burns as they pull me further into the night.

Words still ring. Then buzz. They slur, and the familiarity of them fades. But the sweet voices become clearer. Almost like music pulling me into the void. I want to go. The burns of the words holding me here no longer sting.

The threads split and tear until the final one snaps, and I fly.

The black is quiet and sleepy. Still waters resting deep below a storm. The blinding brightness envelops the night as time and space fade away.

I cannot tell if I am awake or sleeping. If my eyes are open or closed. But, it is beautiful.

Where Are You, Love?

Red as the summer rose,
My heart bleeds
Crimson petals in the snow.

As a cut flower in the heat,
My soul pants
For desert streams.

As fragile leaves downward sent,
My spirit quakes
Against the wind.

Vast as the starry sky,
Love transcends
Above the beacons in the night.

As the deepest depths in the sea,
Love conceals
Every dark and strange mystery.

As the heat of summer sun descends,
Love is felt
Warming hearts, minds, and limbs.

Paper blackened by the ink,
Love’s letters and words
Choke out pride and deceit.

Brothers and sisters gathered round,
Love is present
With every heart and hand bound.

As a steady beating drum,
My heart’s door hears
The melodious thumps.

As a match suddenly lit,
My heart ignites
With emotions far too powerful to comprehend.

As morning dew on a fragile rose,
My heart settles
Never again to be alone.

There. There you are, Love.